Text only | Text with Images

Fatima: A Spiritual Light for Our Times: The Great Secret of Fatima (vol. 3) (https://isidore.co/calibre/#panel=book_details&book_id=6456) by Fr. Karl Stehlin (https://knightlibrary.wordpress.com/), ch. 3 "The Refusal of the Consecration of Russia", pp. 64-66:

QuoteOn the 13th of July 1917, She announces: "I shall come to ask for the consecration of Russia to my Immaculate Heart, and the Communion of Reparation on the First Saturdays. If my requests are heeded, Russia will be converted". She doesn't say "my request", but "my requests", that is both requests. On the 13th of June 1929, in Tuy, Our Lady gives 4 conditions for the consecration of Russia. She requires the Pope: 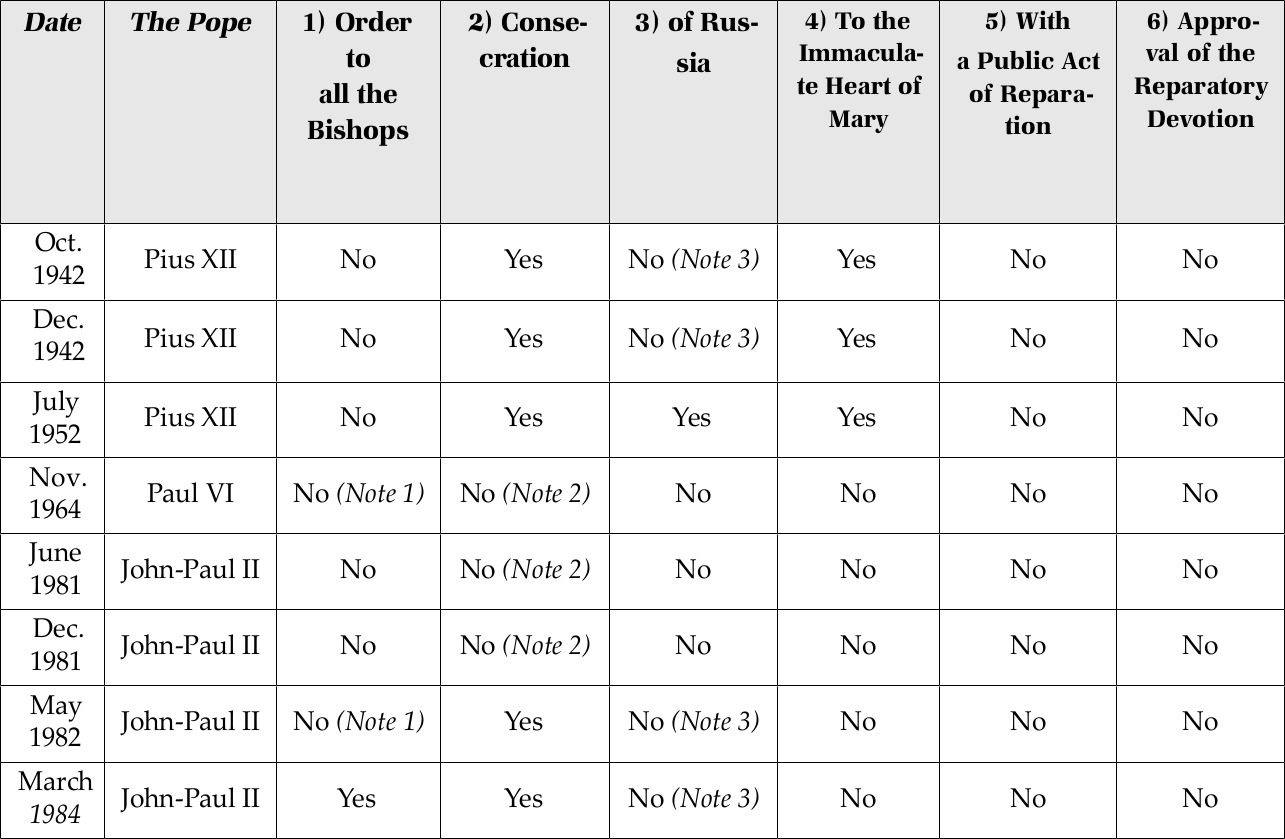 QuoteNote 1: Paul VI gave no order to the bishops. John-Paul II simply said his act was in "spiritual union" with the bishops.
Note 2: the term used during these acts was "entrust" and not "consecrate".
Note 3: the formula used by Pius XII was: "especially for the peoples who profess for you a particular devotion and among whom there was no home which would not have honoured your venerable icon." Those used by John-Paul II are: "the nations who particularly need this offering (donatio) and this consecration" and "the peoples from whom you are expecting the consecration and offering".

Text only | Text with Images